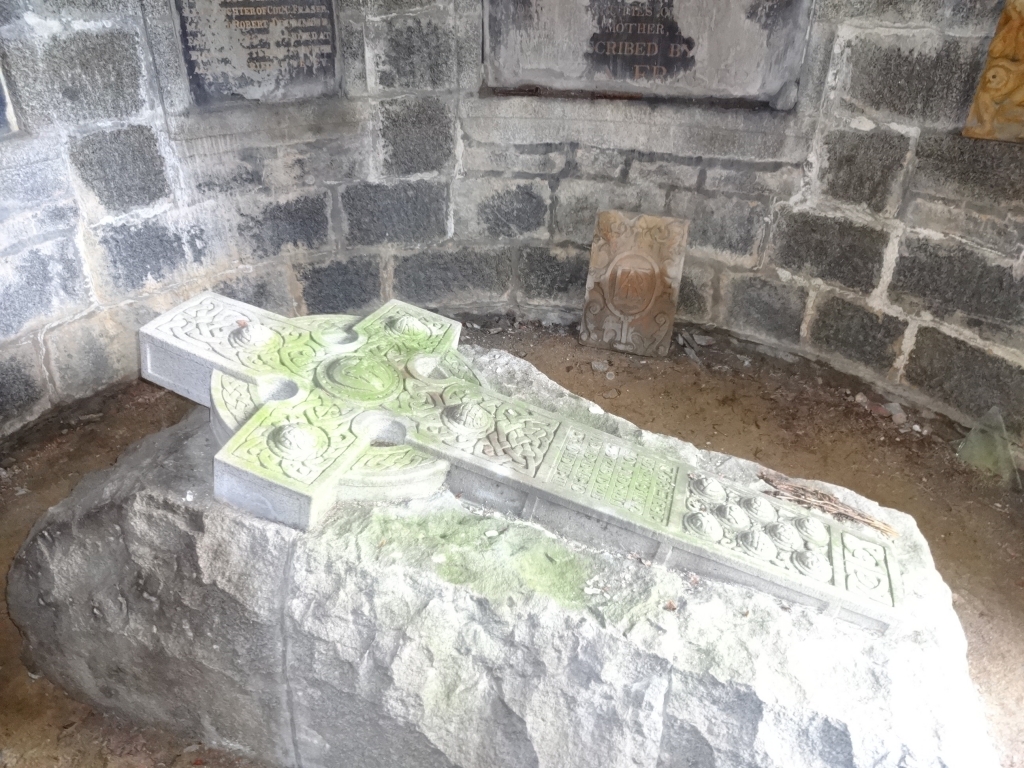 The Elyza Fraser Mausoleum is a Category A listed building situated in Cluny Kirkyard. It was designed by internationally renowned Jacobite architect James Byers, following a commission by Elyza Fraser herself, who was a characterful spinster who inherited Castle Fraser in 1792 and immediately applied herself to transforming the castle, gardens, parklands and farms.

The mausoleum was completed in 1808, six years before her death. It is now rated of European importance for its architectural, cultural, historic and artistic qualities. The mausoleum is in a critical state of decay and is in urgent need of repair. A group of concerned people have formed The Friends of Miss Elyza Fraser’s Mausoleum to implement essential repairs and open the building to the public.

The Chairman of the group is John Fraser, a Director of North East Scotland Preservation Trust (NESPT) and a local resident, and members include The National Trust for Scotland, Church of Scotland, Aberdeenshire Council, academics and local people.

North East Scotland Preservation Trust is currently in the process of acquiring title to the building. Once this has been achieved, a fund raising programme will be launched to raise the money needed to carry out repairs to the building and conserve it for future generations.