Three new directors have been appointed to the board of the North East Scotland Preservation Trust (NESPT).

NESPT is a building preservation trust that exists to bring derelict, disused and redundant buildings back to life in the Aberdeenshire area and beyond.  Formed in 1985, it has played a key role in the preservation of hundreds of historic buildings in the North East of Scotland for the past 35 years.

Current projects include the renovation of 29-53 Bridge Street in Banff, the Elyza Fraser Mausoleum at Cluny, and the recently completed project coordination of Tullich Kirkyard at Ballater.

Neil Robb, Kelly Morrison and Colin McKelvie have been recruited as new board members to help steer the Trust as it operates in an increasingly challenging funding environment, and provide legal, financial and marketing expertise.

Neil Robb, a Partner at Blackadders law firm has been a practising solicitor since 1992, acting for a wide range of clients in Aberdeen and throughout Scotland, with a focus on property – mainly commercial law. 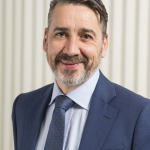 Kelly Morrison has extensive experience in communications, marketing and events organisation – as well as a Masters degree in Heritage studies. She spent six years on the committee of the North East group of the Architectural Heritage Society of Scotland, and has previously provided ad hoc marketing support to NESPT, which will now take a more strategic approach. 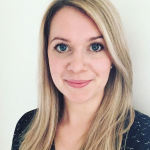 Colin McKelvie has been a Partner with Johnston Carmichael accountants in Aberdeen since 2004, specialising in property related matters. Educated at Aberdeen Grammar School, he graduated in History from Edinburgh University and retains a keen interest in local history and heritage. He was a member of the local North East Committee of Scottish Land Estates for ten years until stepping down last year.

Paul Higson, Project Manager and Trust Administrator said, “Last year the Trust carried out a strategic review that identified some skills gaps within the existing Board. The recruitment of Kelly, Neil and Colin fills those gaps and greatly adds to the Boards’ expertise. I am very grateful to all of them for giving generously of their time to help with the work of the Trust, and I look forward to working with them as we move forward in 2020.”